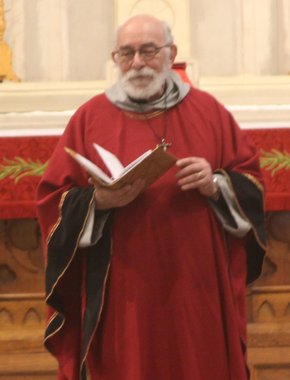 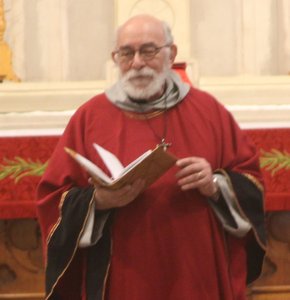 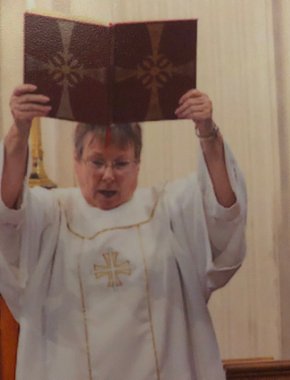 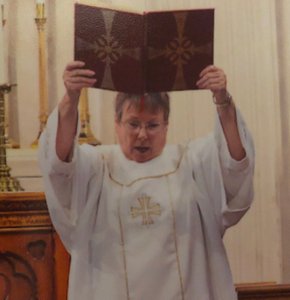 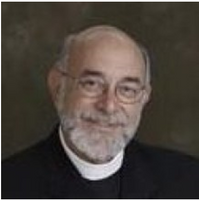 I grew up in Connecticut as a Catholic. I attended a Catholic grammar school. I went to Providence College, a Dominican school, to study English and Education and became an English teacher in my home town. I was invited to take over running the parish Religious Education program while I continued my public school job. There were about 500 kids and 50 volunteers. I completed a Master’s in Theology at Providence College. Parishioners urged me to become a priest. Eventually, I gave in to the call from the people and from God. I was sent to get an M.Div. at Weston School of Theology, a Jesuit school on the campus of Episcopal Divinity School in Cambridge, MA. I went to Atlanta to be ordained as a Catholic priest, and served as an Assistant in two parishes before being asked to start a new parish. There I met Melanie. We had similar interests and worked together in parish and diocesan ministries. We fell in love.

We both left the Catholic Church, became Episcopalians and married. I contacted the Episcopal Bishop of Atlanta, who was eager to have me as an Episcopal priest, but who soon became ill and retired. During the time I waited for a new Bishop, I worked, eventually going back to teaching. Five years passed before I was finally received as a priest of the Episcopal Church and
was called to be Rector of a parish in the southern part of the diocese. I served there 7 1/2 years. I then served as an Interim at another church of the diocese, before coming to New Jersey. New Jersey was where Mel grew up and where many of her family still lived, and it put me within reach of my family.

Christ Church, Riverton, then, was my fifth assignment as an Interim Rector. After six months I was called to become Priest in Charge. I come with some preconceptions about Church. I believe that all members have received the Holy Spirit, and have lives that have been touched by the presence of God. A Christian community looks two ways: inward and outward. Looking inward means that our church family must be well cared-for. Ministry is service, just as Jesus showed us, service to each other and service to the world. Perhaps we can say that “church” is not really a noun; it is a verb which names the action that a community undertakes in the model of Jesus. Christ Church already participates in some outreach projects, and we can keep our eyes open to other opportunities to be church in our region and even beyond. 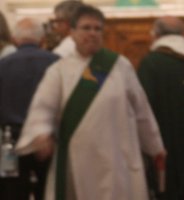 Deacon Leslie was ordained to the Deaconate in the Diocese of NJ on October 31, 1998. She served at her home parish at the time, Grace Church, Pemberton. A year later her husband took a job in Phoenix Arizona, and Deacon Leslie and her mom moved to Arizona with her husband John in November, 1999. There she served as Deacon at a local Episcopal church but for only a year. The job her husband took was failing and so they moved back to New Jersey and Deacon Leslie was assigned to Trinity Church in Moorestown in 2003. Deacon Leslie had a full-time job in the Marketing Dept. of Commerce Bank and worked there until October of 2007 when she took a full-time job as Assistant to the Rector at Trinity Church, Moorestown. There she supported the Rector in all aspects of parish ministry, including assisting in the regular Sunday and the many special services held there. She was also the Director of Lay Ministry and worked closely with the Sunday School Director, Lay Readers/Chalice Bearers, Lay Eucharistic Ministers, Youth programs and outreach. After seventeen years of service working at Trinity, Deacon Leslie retired in February 2021. As is the custom the Bishop suggested she find another church to attend for worship so on Easter of 2021 she started attending Christ Church and in October of that year agreed to serve as Deacon with Father Don Caron.

Deacon Leslie’s duties are varied, and she is always eager to step in and help wherever she is needed. She has a passion for ministering to Christ Church parishioners and helping the community at large. 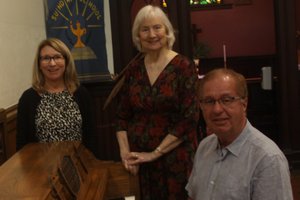 Peter Homon is the organist/music director at Christ Church Riverton, having served other Episcopal Churches in the area. With study at Westminster Choir College, Princeton he has study in conducting, organ, improvisation and handbells. He has composed several works for handbell choirs.